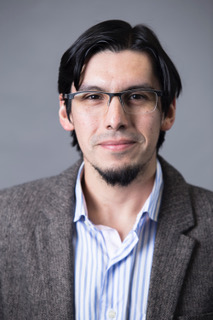 Alejandro Ramírez Méndez is a specialist in Mexican, Mexican-American, and Latinx literature and cultures. He completed his Ph.D. in Hispanic Languages and Literatures at UCLA (2018). Prior to starting his doctoral studies, he received a B.A. in Literature and Language Sciences at Universidad del Claustro de Sor Juana (Mexico, 2007), and a M.A. in Literary Studies (Literatuurwetenschap) at Leiden University (The Netherlands, 2010).

His research agenda examines migration and diaspora in urban literature and culture in Mexico, Latin America and U.S. Latinx communities in the twentieth and twenty-first centuries. He scrutinizes how urban narratives (literature, graphic novels, films, music and public art) portray migratory flows of people and ideas in the city, crisscrossing the political limits of nation-states, creating transnational geographies and cross-border environments in the historical period of global neoliberalism.

He has ten years of teaching experience at different educational levels in two national contexts (Mexico and the U.S.). His experience extends across the undergraduate and graduate course of study in Spanish, from literature and culture to all levels of Spanish language (second language learners and heritage speakers).