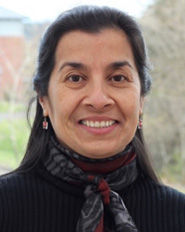 María Elena Lee-López was born and raised in Havana, Cuba. She studied psychology and worked as a psychologist for 18 years. In Cuba her hobbies were scuba diving and gardening. She was a member of the Botanical Society of Cuba. In 1999 she won the visa lottery and immigrated to the United States in 2000. Her initially limited English skills prevented her from practicing psychology in the United States, so she earned her master’s degree in Spanish at Portland State University in 2006 and was hired that same year to teach Spanish at Washington State University Vancouver and Clark College.

Hispanic films “The religious discourse and the cannibal denomination as instruments of power and identity in ‘La última cena’ de Tomás Gutierrez Alea”.

“Academic Experiences for Latin@s” for the first Latin@ Luncheon Panel at WSU Vancouver, organized by the student Latin@ Club. November 2010.

Connecting Community – Participated in a faculty-led study abroad program focusing on student participation in community-organized activities during the summer in Antigua and Panajachel, Guatemala (Summer 2007).

Consultant for a faculty-led study abroad trip to Cuba at Washington State University Vancouver. Researched and planned the cultural events and historical visits as well as room and board (2008).