Every year, SLCR organizes the Art for Social Change Competition, which seeks to create space for and recognize the role of art in advancing social justice as a process and a goal. We seek artistic submissions that provoke, challenge, and inspire.

The goal of this competition is not only to call attention to the importance of recognizing the vast inequalities that persist in the world today but also to recognize the necessity to build a new world—to dream, to envision, to invent, to create—redefining how we live and interact with our surroundings.

The four categories open for submissions were:

Winners are announced and presented with awards every year at the Art for Social Change Competition Showcase.  This year’s winners were: 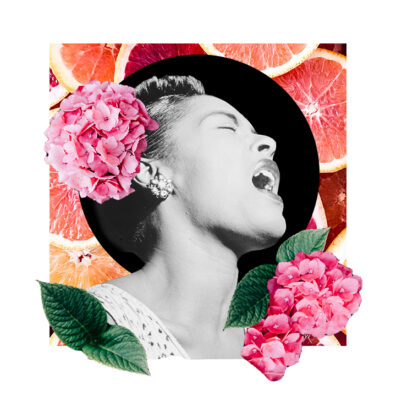 “Behind the curation of these two digital collages
was the desire to become closer to the Black voices and stories that have shaped my work as a writer, artist, and creative being. Being from the American South, I grew up around the rich, violent, and beautiful history of race around me and learned that good American literature or art in general would not exist in the absence of Black voices. As a young writer I was given the opportunity to look inside myself and find connections to these powerful women and try to understand the human struggles they bore witness to. I created this pair of collages to pay homage to two of my greatest idols, and to allude to their works that shaped me: Strange Fruit by Billie Holiday and The Bluest Eye by Toni Morrison.” 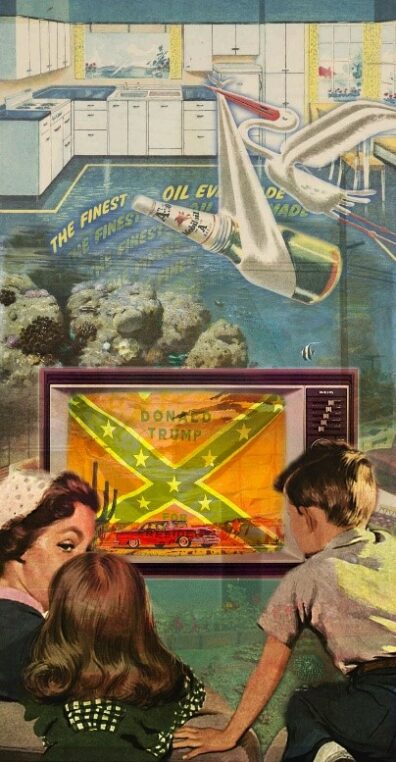 “A criticism of fanaticism, and a condemnation of
outdated hateful ideologies. Comparing the goals and views of modern day groups to that of America a century ago through the idyllic white family of the past. While also pointing out the sentiment of ignorance towards historical events and the health of the Earth. I lost a loved one due to the irresponsible actions of this criticized group. My hope is viewers will think critically of them and their choices so as to educate ourselves and others.” 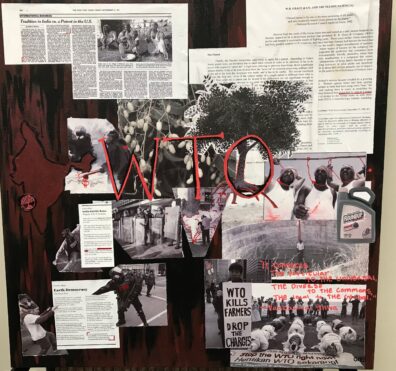 “Earth democracy, a concept often unthought of. The idea that the earth itself has its own rights… For 15 years the United States and WR Grace held a patent on the neem tree. A fertilizer as commonly used at cow dung. Yet a pivotal resource to their culture. The World Trade Organization watched this and to an extent supported…global corporations monopolized the markets and took complete control of India’s natural resource. Natural resources are overexploited and marginalized, farmers are put in compromising positions…” 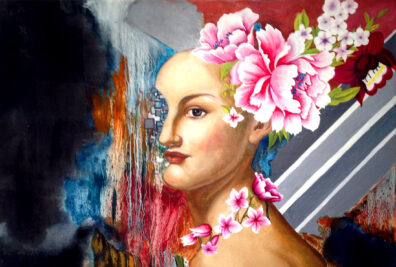 “The Goulash expressed the “Fusion” concept of different cultures. It seems that the significance of diversity, equity and inclusion for US society more important than in any country now. I understand how people internalize feelings if they were treated equally with others in contrast they were devalued or marginalized. As a new immigrant, I understand how people are always looking for a sense of belonging. This authentic voice pushed me to create this artwork called “The Goulash “.”

The next showcase will be held in February 2023 in the WSU Fine Arts Center. The event is hosted by the School of Languages, Cultures, and Race. All submissions are featured and available for viewing at the showcase and reception.

“This poem came out of my general experience as a Black man. It deals with the lessons I’ve learned wrestling with the reality and danger of blackness in America and also trying to find pride in that, which is a journey that does feel often like lessons in a subject you’re forced to study for survival or at least peace. It also deals with my feeling that blackness and racism is really a global struggle, one that’s been repeating itself for centuries and will keep on repeating itself without serious action. The spacing, use of “blk” instead of Black, and slashes even take inspiration from revolutionary poetry of the 70s like Sonia Sanchez which, I think, embodied the type of pride and resistance we need.”

If you want to learn more, read this piece about the Art for Social Change that the Sunnyside Kindergarten students made. You can also read The Daily Evergreen’s coverage of this year’s showcase here.