Last weekend was the awards reception of the Art for Social Change exhibition! SLCR Director Carmen Lugo-Lugo and WSU Outreach and Education Executive Director Allen Sutton both provided opening addresses on the importance of art and remembrance. For anyone who didn’t follow the night’s events on Twitter, here were the highlights: 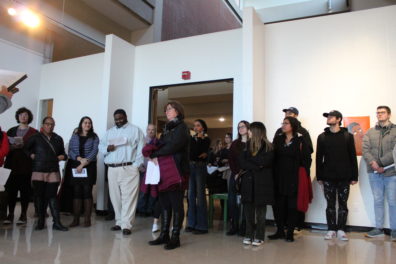 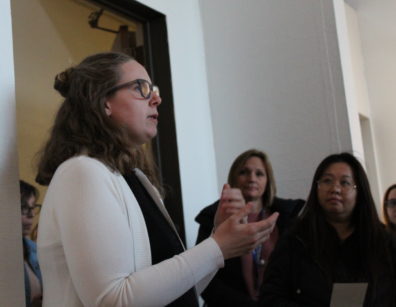 The MLK: Revitalizing the Dream Award went to Alison Poteracke for “I Can Dream,” her musical submission from the Real People Jazz Suite. Her inspiration, she says, was not about dreaming for a better future but about reminding people action is necessary in realizing dreams. Most of her music is based in social activism. 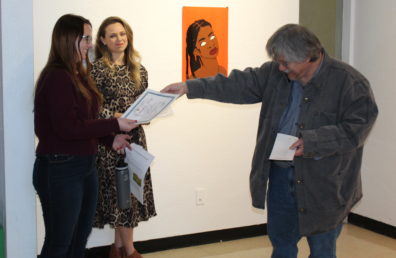 The Social Justice in Action Award went to Rachel Tveit for her video “Spare Change.” Dolls and stop-motion were used to tell the story of a homeless man who dreams he is given a magic wand that can fix all the environmental and economical problems surrounding him. She was inspired partly by her internship in Portland, where she witnessed the magnitude of the homeless community there and its toll on individuals without homes she saw every day.

The Community Building at WSU Award went to Hannah Levy for her dance documentary “Unguarded,” which wove the interviews of eight different student athletes into her musical score. These athletes spoke on their experiences with mental health struggles, and the obstacles of bias they faced seeking help. The purpose of Levy’s dance was to communicate these struggles and their inherent vulnerability.

The Community Outreach Award went to the students and staff of Sunnyside Elementary, who submitted a mobile of paper clouds to illustrate the dreams of each student. Our department would like to extend our thanks to them for their participation in the event from outside of WSU, and for sharing so many dreams with us. 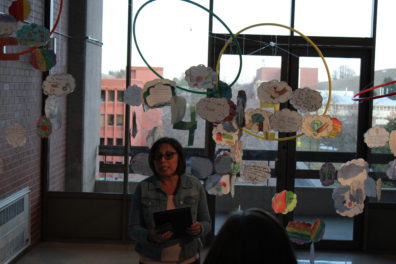 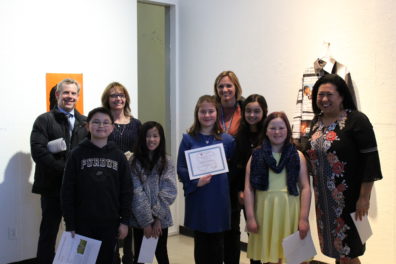 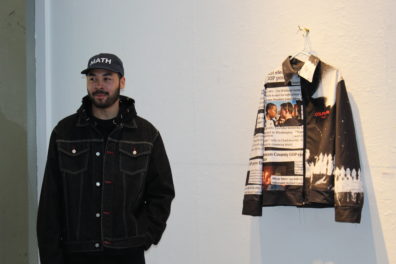 The Fine Arts Choice Award went to Sovann Robinson’s wearable submission, “97 Years.” The news clippings and headlines collaged together on the piece represent a commentary on the evolution of white supremacy, Robinson says. His concern behind creating the work was subliminal white supremacist mentality in Pullman and Whitman county, where there is an underwhelming diversity in local leaders. 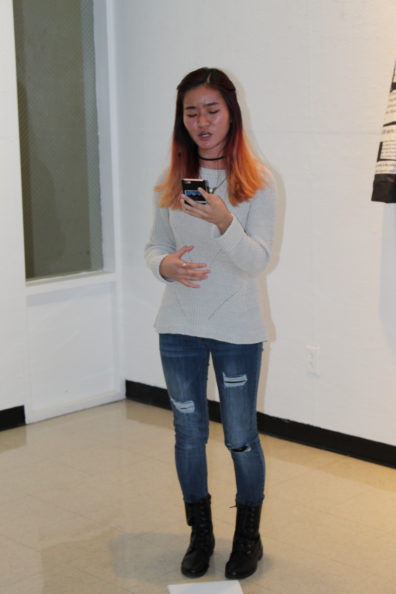 The Civic Poet Award went to Allyson Pang, who entered multiple poetry submissions to the event. She read from her two companion pieces “this is for you” and “this is for [me] you,” which were written in reflection on Thanksgiving and the ending of 2019. Both championed the importance of individual love and its relation to global love, and were both submitted alongside video entries.

A Certificate of Recognition also went to James Asare for his poem “Statue or Statute?” Though Asare was not present at the event, his poetry was featured in the exhibit as an exploration of relics and justice. His work compares the two on a basis of intangibility.

A Certificate of Recognition also went to Sarina Sharpe for her painted submission, “Stop Killing Us,” which is a statement on the frequency of violence against black transgender individuals. According to Sharpe, the image of the woman depicted came into her head full-formed, and she tried to express the image as best she could. 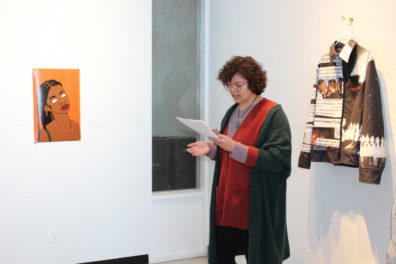 Our thanks go to all who submitted to the Art for Social Change exhibit, and for the messages they shared with us. We hope that their art will continue to touch others in the future.