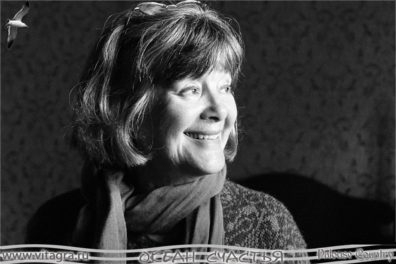 I have always loved teaching, and thoroughly enjoyed my courses at Washington State University, especially the two large ones, “Russian Society and Culture” and “Foreign Film.” My early research treated aspects of Russian literature and cultural history (Pushkin; Aleksandra Kollontai), women’s travel narratives, film (Ingmar Bergman), but a city in Russia changed this focus dramatically. Thanks to WSU’s exchange program with Far Eastern State University in Vladivostok, I was able to visit this Pacific port, was intrigued by its history and spectacular location, and decided to write about it. Letters from Vladivostok, 1894-1930 came out in Russian in 2008 (the University of Washington Press published the English text in 2013), and it made news, because of bringing back parts of the city’s history that had been forgotten. The book is based on hundreds of letters of an American woman, Eleanor Lord Pray (1868-1954), who lived there for 36 years. On July 4, 2014, Vladivostok honored her life and work with a bronze statue on Svetlanskaia, the main street.

I retired relatively early, because I wanted more time to read, think, and write than teaching allowed. Several books have come out, including The Sunny Neighborhood: A Vladivostok Tale (published in Vladivostok in English and Russian, 2011), an overview of Mrs. Pray’s life in Vladivostok; a photo album based on her photographs (2012); and, in progress, a series of three volumes of her Selected Letters, which I edit. The main museum in the Russian Far East, the Vladimir K. Arseniev State Museum, has a permanent exhibit based on Letters from Vladivostok, and offers guided walking tours called “Eleanor Pray’s Vladivostok.” The city legislature has bought part of Mrs. Pray’s home and intends eventually to transform it into a small museum, so (in October 2018) I taught an “Introduction to New England Culture and Society” (in Maine and New Hampshire where Mrs. Pray was born and grew up) to a group of museum colleagues from the Arseniev. I now work on a new book, The Dear Folks at Home: A New England Tale, that will show her background in New England.

The Matteson Professorship gave my outreach to another culture enormous support, and I am deeply grateful to Marianna and Donald Matteson for their kind encouragement.