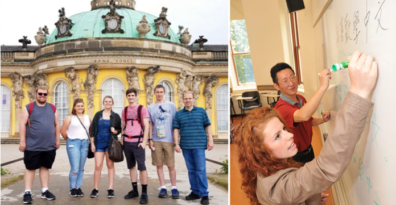 A second major in French, German, Japanese, or Spanish language can be combined with a primary major in any other academic area to expand your language skills and increase your global opportunities.