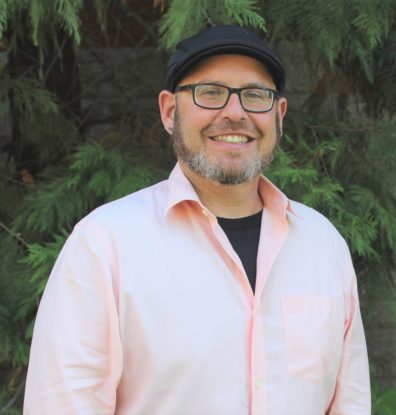 Professor of American Studies and Culture

David J. Leonard is a professor in the School of Languages, Cultures, and Race at Washington State University, Pullman.  He is the author of several books, including Playing While White: Privilege and Power on and off the Field (University of Washington Press, 2017), and After Artest: The NBA and the Assault on Blackness (SUNY Press, 2012).   He is co-editor of Woke Gaming: Digital Challenges to Oppression and Social Injustice (with Kishonna Gray; University of Washington Press) and several other books. His work has appeared in Black Camera, Journal of Sport and Social Issues, Cultural Studies: Critical Methodologies, Game and Culture, Simile, as well as several anthologies.

While seemingly disparate in topic, ranging from sporting cultures to video games, from the ways we narrate gun violence to sports media discourse, from post–Katrina hip-hop to Shawn Green’s religious/baseball identities, Leonard’s work is linked by its commitment to examining the ways in which racial meaning is constructed, transformed, and challenged across time and space. He focuses on the manner that representations and dominant discourses teach race within the popular imagination. His work also explores narratives and ideologies within a myriad of popular cultural spaces, examining the ways in which media culture becomes a space of contestation, rearticulation, reification, and even resistance. David Leonard investigates popular culture as both a space of violence/white supremacist affirmation and opposition. Focusing on sports, he underscores the importance of the historic moment of production and consumption, thinking through what we can learn about race, gender, nation, and class through examining popular cultural representations and audience reception.

While at Washington State University, Dr. Leonard has taught and/or developed a myriad of classes, including the following:

Regardless of the course, he creates opportunities for students to interrogate their relationship to the course content, he challenges students to think about the ways that subjugated knowledge contains transgressive possibilities. In examining myths about the black freedom struggle, or colorblind racism within contemporary African American films, for instance, he creates a classroom that is a space of learning, critical thought, and transformation. Equally important to his pedagogy is the power of disruption. While avoiding the traps of lecturing and teaching for test, collective learning attempts to disrupt the ways that we produce knowledge and learn about new topics.