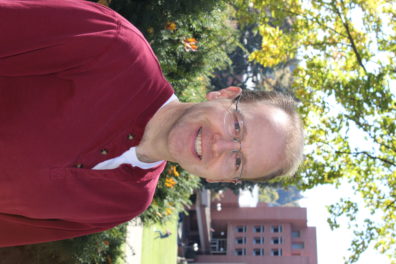 Clinical Assistant Professor of German. His research interests focus primarily on foreign language writing, and how output is influenced both autonomously as well as by instructional convention. His studies include extensive backgrounds in second language acquisition and foreign language pedagogy. He is also deeply interested in comparative and historical Germanic linguistics. Dr. Bonzo is currently working on the development of an index he created for more accurately measuring writing complexity among intermediate German students.

“Be not simply good—be good for something.” –Henry David Thoreau