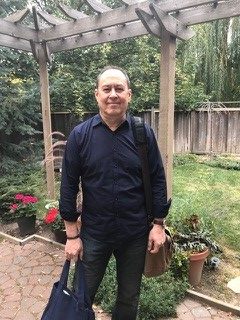 Rory Ong is an Associate professor of Comparative Ethnic Studies in the School of Languages, Cultures, and Race, and a member of the American Studies graduate faculty at Washington State University.  He came to WSU in 1992 with a PhD in English from Miami University of Ohio, and for the first 10 years of his career taught in both the Departments of English and Ethnic Studies.  His teaching and research interests intersect rhetorical studies, race and ethnicity studies, cultural and critical theory, with globalization, transnationalism, and diaspora studies.

Dr. Ong’s publications have been concerned with the production of knowledge within racial, gendered, historical, social and political contexts.  His work considers the entanglements of complex social locations with uneven power dynamics that often dominate, regulate, and make everyday life contradictory. Much of his writing focused on hybrid subjects that challenged the facade of insular and restrictive universalisms.  Some of his recent work examines how Asian diaspora subjects complicate the American landscape and expose the paradox of its democracy.