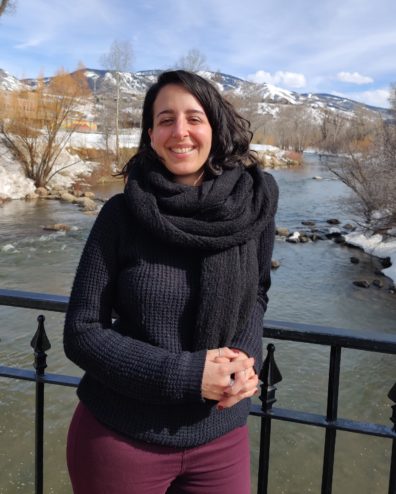 De Quintana Lasa was born and raised in the Basque region of Spain. Since she was a child, she has been fascinated by language and culture in all its forms. Although she considered the idea of studying anthropology, she eventually decided to study English literature and linguistics at university, spending one year in Wales as an exchange student. After graduation, she worked as an English teacher and as a volunteer Spanish teacher for immigrants before returning to Wales for a MA in English literature, where she focused on Chicana literature. This experience left her wanting to explore Latin American literary works further, which is why, after some more teaching, she came to WSU to pursue an MA in Hispanic literature.

Her research centers on issues related of gender and sexuality, as well as spirituality and religion, especially in the context of colonization. While she has always believed that literature is an excellent way to explore these issues, her desire to keep learning coupled with the current social situation have pushed her to want to study them further.