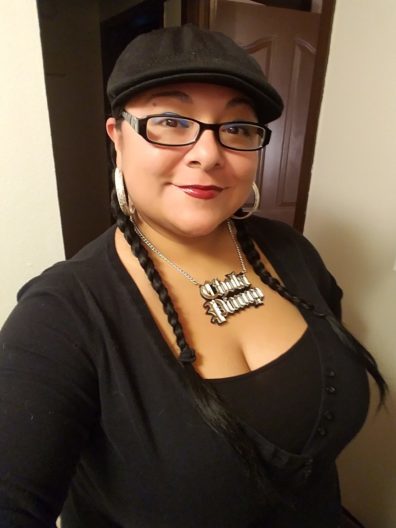 A Scholar and a Poet

She is a spoken word artist who writes under the name Lady Mariposa, an old school chola, and street poet who was performing poetry in the Rio Grande Valley, Texas, even before she ever thought she would enter academia. Poetry, and poetry performance, is important; it has the power to create organic engagement in communities that are often left outside of traditional academic discourse. Her poetry has been a catalyst to my scholarship interest and has been the way that she has met the most amazing scholars, writers, artists, community members, and students. Without poetry, who she is as an academic would look, feel, and sound completely different. This is why she has continued to conduct writing workshops, present in public performances, private class performances, and continue to publish with her writing appearing in several anthologies throughout the 17 years in which she has been writing and performing.