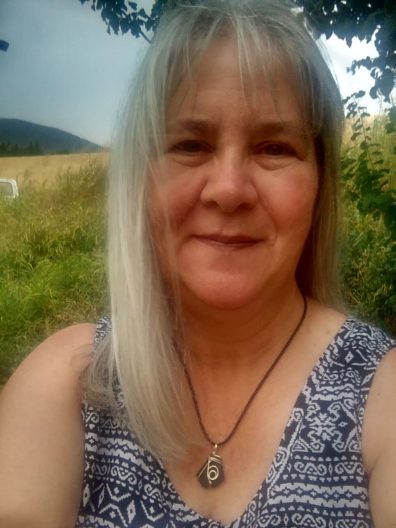 Laurie is the primary contact for matters relating to the management of academic and student records and advising, including WSU and departmental policies and procedures regarding curriculum,  enrollment statistics, language majors, degree clearances, education abroad. She assists the SLCR director and faculty with special projects and the implementation of academic policies and procedures, and internships (For Lang 495, CAS 497, and CES 498).

A graduate of Potlatch High School, Laurie received her BA in History at WSU, with a second major in General Studies, and a minor in Music in December 2018.  Her career at WSU began in 1976, and she has worked in various offices on campus, including Geology, KWSU Radio and TV, College of Sciences Dean’s Office, College of Liberal Arts Dean’s Office, Department of Forestry, School of Music & Theatre Arts, Facilities Operations, Department of Sociology, and Dept. of Foreign Languages & Cultures, which is now culminated into the School of Languages, Cultures and Race (SLCR).

Laurie is active in the WSU community, and has served on many committees. She served as chair of the WSU Staff Senate Classified Staff Handbook Committee, which entailed extensive work to produce the new Staff Handbook for WSU. She has served on the SSC Campus training committee to assist in outreach to the user community. She was a member of Local #1066 of The American Federation of State, County, and Municipal Employees (AFSCME) 1988-2006, and a member of Chapter D on campus. She served as a steward, and was chapter chair. From January 2004 to December 2005, Laurie served on the Washington Federation of State Employees (WFSE) Negotiating Team for the new civil service staff employees master contract that is part of the new Washington State Collective bargaining laws and the new HR Civil Service Reform 2005.

Laurie has developed and team-teaches Filemaker Pro database classes on the WSU campus. She also serves as a resource consultant for Filemaker and is a certified Filemaker Pro Developer. In May 2001, Laurie became a 25-year member of WSU’s Quarter Century Club. In May 2004, she received the College of Liberal Arts Outstanding Staff Award. In March 2017, Laurie received the College of Arts and Sciences Outstanding Academic Advisor award.

Appointments are made online and will be through ZOOM.

To make an appointment with Laurie: