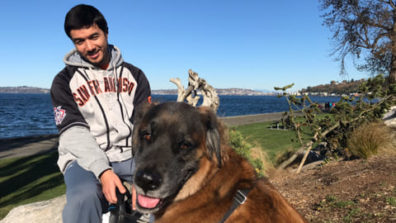 Bruce was born in Monterrey, CA and moved to the Tacoma/Puyallup areas of Washington in 1993, residing in the state  since. He is a two-time graduate of WSU, earning undergraduate degrees in Broadcast News and Comparative Ethnic Studies as well as a doctorate in Cultural Studies and Social Thought in Education. His main focus of research is using sport as critical pedagogy to educate others on systemic inequalities such as racism, sexism, and homophobia/transphobia.

While mainly employing Critical Race Theory and Critical Masculinity Studies in his research and pedagogy, as an interdisciplinary scholar, Hazelwood also draws from various strands of feminism, Queer theory, and other critical lenses as Intersectionality is a core tenet of Critical Race Theory.

Hazelwood also attempts to bring some creativity to the classroom, assigning artistic and non-traditional projects and eschewing tests/exams. Whether it’s listening to a sampled beat a student created (Hip Hop), a short story discussing experiences with racism (Intro), or a examining critical issues through the medium of a podcast (Sports), Bruce tries to have students (and himself) step out of their comfort zones and try something different